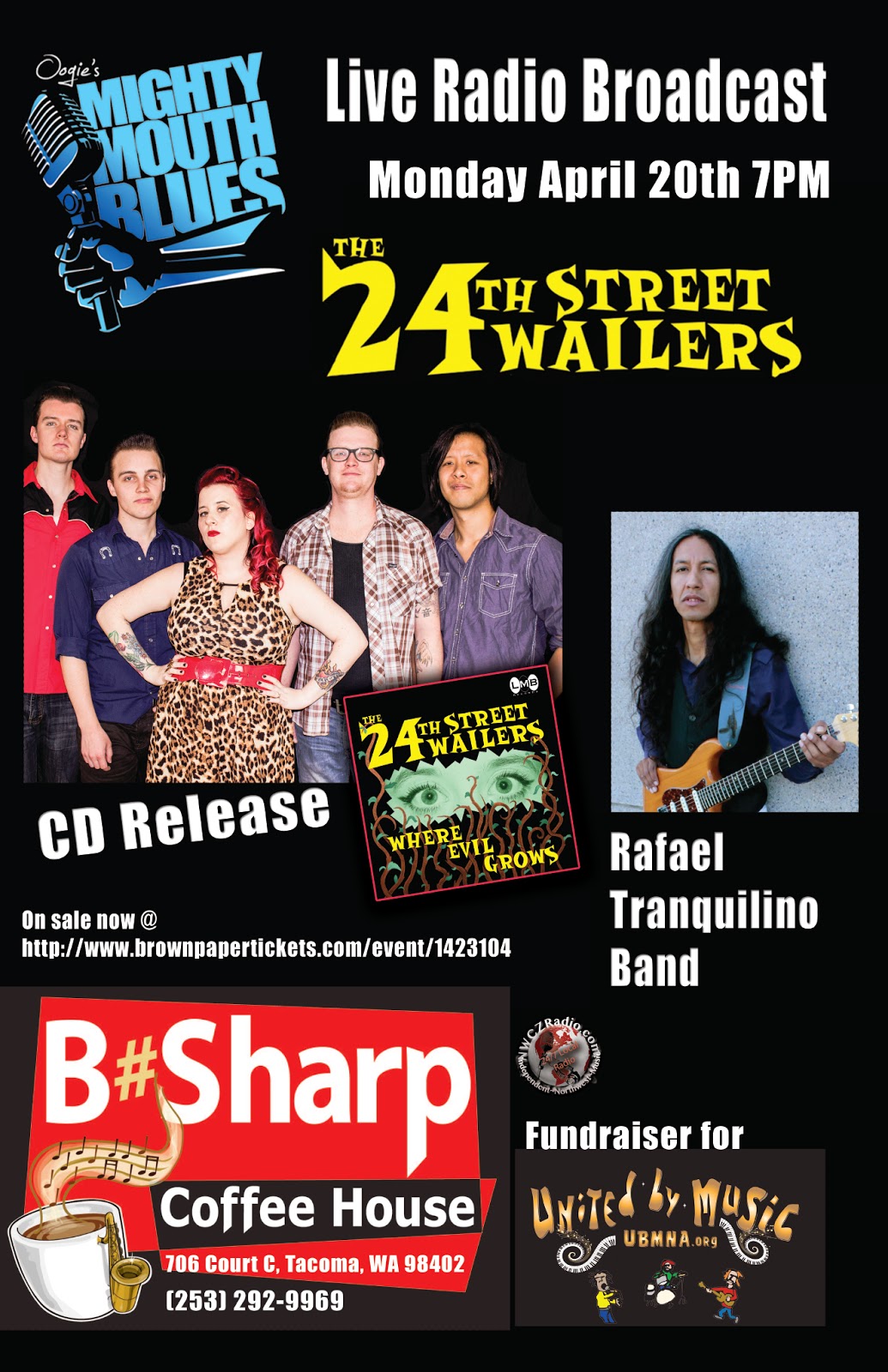 The 24th Street Wailers are on their biggest North American Tour to date in support of their new release, Where Evil Grows. They are one of the hottest groups of blues rockers you can find. You’ll be up and on your feet in no time.

Opening the show is the Rafael Tranquilino Band, an exciting Seattle based Blues band fused with hard driving rock n' roll beats and the soulful vocals of Leah Tussing that will get your motor started.

United By Music North America is the benefactor of the net proceeds in support of their mission of bringing musical gifted people with physical and or intellectual challenges to a performance stage.

“Unshakeable is raw and authentically funky…these young players have the natural rhythm and looseness of studied musicians, which is a breath of fresh air.”-thebluesmobile.com